The Myth of 8 Hours of Sleep 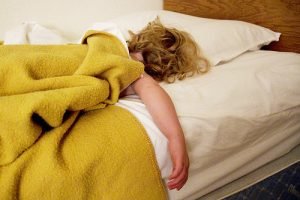 For several years, every time I would do any research about sleep, almost every single expert recommended between 7 and 9 hours of uninterrupted sleep. Perhaps this sounds familiar to you?

While it is true that waking up many times throughout the night isn’t healthy either, like this scientific study demonstrates,  it is possible that your biorhythm could be adjusted differently than you were expecting.

Our history of biphasic sleep

This may come as a surprise to you (it was to me), but the norm for perhaps the majority of human beings in antiquity, was to sleep in two periods of 4 hours, with one or two hours of being awake during dawn.

This time was commonly used to pray, to meditate, to write or to speak with whomever was near.

Where does this information come from?

In his book, At Day’s Close: Night in Times Past, the historian Roger Ekirch included more than 500 historic references which spoke of “first sleep” and “second sleep,” taken from the documents, the newspapers and the journals from many cultures and time periods. Presently, in the few remaining places where there is not a lot of artificial light from lightbulbs, some of those cultures still sleep in two phases.

Think about the length of a night without electricity, no TV, no lightbulbs, only expensive candles… the night would be about 10 to 12 hours long in many parts of the world, for the better part of the year! This would give you a much longer night with which the body would become accustomed to more adaptable hours of sleep.

The scientists that study this agree that one of the most important recommendations for those  who have a biphasic sleep pattern is to stop getting frustrated about it.

Instead, accept that waking up in the middle of the night is normal, try going to sleep earlier to accommodate for the time that you will be awake, and be prepared to do something quiet with low lights that will let you fall back asleep after one or two hours (which means careful with blue lights coming from screens!). One of the best things that you can do with this time is to meditate- you will have total silence and almost no distractions.

Also, keep in mind that we are not talking about constant interrupted sleep – if that is your case, you may need professional help from a sleep clinic.