What is Ashtanga Yoga?

The following article could be considered controversial and may not appeal to everyone … but I think it is important to call things by their name.

Some people think that Ashtanga Yoga is a modern, athletic style of yoga that links postures with breathing. This would be a misunderstanding …From one of the main websites of this tradition, the following is the definition given for *Ashtanga Yoga:

“Ashtanga Yoga is a system of yoga transmitted to the modern world by Sri K. Pattabi Jois (1915-2009). This Yoga method consists of synchronising the breath with a progressive series of postures, a process that produces an intense inner body heat and profuse sweating, which purifies and detoxes muscles and organs. The result is better circulation, a lighter and stronger body and a calm mind (*ashtangayoga.com is now a defunct site).”

I totally disagree with naming this style of yoga “Ashtanga” . 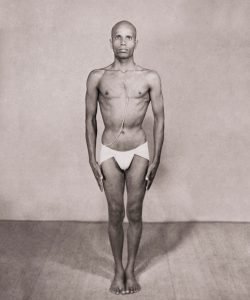 Mr. Jois, the creator of this style, learned yoga as a teenager from legendary master Sri T. Krishnamacharya (if you are interested in Yoga, it behooves you to learn more about Krishnamacharya and his influence on modern yoga).

Since Pattabi Jois only attended Krishnamacharya’s school for a few years, he learned only those techniques developed specifically for teens, at that time. Which can explain how Jois developed his style: extremely rigorous, and full of positions, fun and appropriate for a youngster in physical development.

Krishnamacharya also taught philosophy to the kids, and that is how Pattabi Jois learned about “Ashtanga Yoga,” or the “eight limbs of Yoga.”

At some point, many years later, someone must have asked him the name of the Yoga that he was teaching. Jois, not thinking that he would be naming a particular way of practicing yoga postures, responded “Ashtanga Yoga,” which, in turn, has created a great deal of confusion in the world of modern yoga! 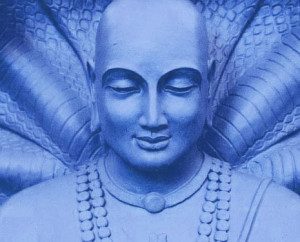 Because Ashtanga Yoga, or “the eight limbs of yoga,” is a concept that is some 2,000 years old, and has nothing to do with yoga postures, or even the definition quoted above.

It was included in the famous “Yoga Sutras of Patanjali,” a seminal book used today as a standard of classical yoga. When we take into account the eight limbs of Ashtanga Yoga, you will find that the teachings of Pattabi Jois don’t match up.

As follows, the eight limbs are:

1) Yama: 5 “controls” or guidelines for our behaviour in the world. Do not be hurtful, do not lie, do not steal, practice celibacy (or have control over our sexual energy), and no craving (or lusting after).

2) Niyama: 5 “self-control” or guidelines for our behaviour within ourselves. Purity, contentment, discipline, self-knowledge, and dedication to God. 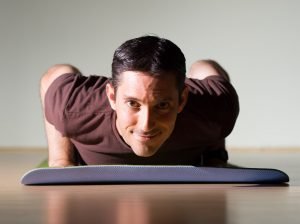 Many books have been written about this seemingly simplistic list. The intent of this post is not to write a dissertation on Ashtanga Yoga, but simply to clarify and create distinctions. In this list, there is only one limb which can be interpreted as relative to “posture,” which would be the third, or “Asana.”

Asana literally means “seat,”  when Patanjali wrote his book he referred to Asana as seated meditation postures, however the definition has been expanded to include yoga postures.

If you read the only book Pattabi Jois wrote, “Yoga Mala,” the author only uses 18 pages to briefly cover the first 3 limbs of Ashtanga yoga (Yama, Niyama and Asana). But then he continues with more than 100 pages dedicated to just the third, Asana.

There is not even one page dedicated to the last 4 limbs, which are all dedicated to meditation. This is interesting, because Ashtanga Yoga was commonly described (before Pattabi Jois) as the path of meditation, because the first 4 limbs function as preparation for this last part of the practice.

I prefer not to speculate on the reasons why these last 4 parts of Ashtanga Yoga are not part of Pattabi Jois’ teaching, but I would venture to say that his style of yoga would be better described as “Chaturanga Yoga” (Yoga of four parts). It would be appropriate, considering the importance placed on the pose of the same name in this style of yoga.

For now, I would suggest that at least using the name of “Ashtanga Vinyasa Yoga” to refer to Jois’s more modern version, which would differentiate it from the Ashtanga Yoga described in the book of Patanjali.

This will help all of us to distinguish them more clearly when we are talking abot them, and give some space to the teachings of Patanjali, however still not as popular in the West as those of Pattabi Jois.

In the name of clarity,